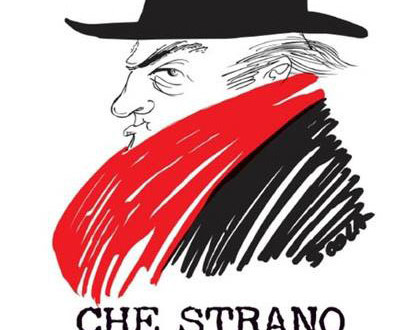 A journey in Studio 5 at Cinecittà, full of “fellinesque images”, populated by characters created on paper, drawn,
sketched, with craggy features, large breasted or doublespeak. A documentary film that chronicles, in an objective way,
a tribute that the maestro Scola draws for his friend and colleague Fellini.
The nostalgia for a cinema that no longer exists: voices, memories, dreams, wishes. A timeless place, the cinema in the cinema, the fiction that reveals itself, the shape that makes fun of itself. Moments of pure teaching, with the direction of other times, jokes, conflicting emotions, from the serious to the grotesque, as in the preparation of Marcus Aurelius, the satirical magazine which saw the talent of Fellini and Scola.
The magic of a night bar, a theatre in the suburbs, and then the backdrop, tulle, a mixture of technique and experiments,
reported in the voice of the experts, in the silence, from the gaze of several generations on board a ship that comes and goes beyond the time.

Ade Capone, one of the authors, presents the TV format and the realtive publishing projects. ...